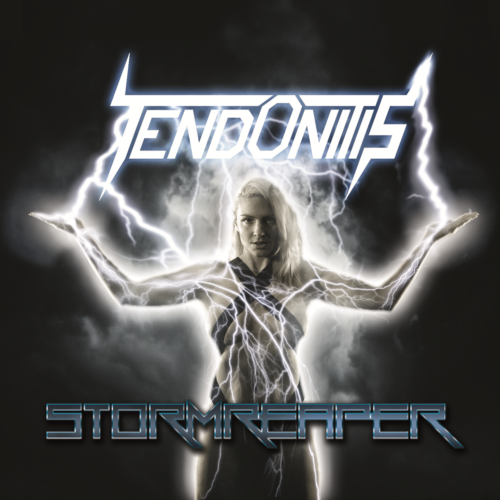 Here they are again! Tendonitis is releasing their first professionally produced album. Enjoy this new masterpiece of Thrash/Heavy metal. Texts in English and German tell stories about cruelty of life and mankind, war, loneliness and of strength. And this is exactly how this unique blend of hard and precise guitars, massive, yet playful drums, a humming bass and the roaring voice sounds.

After demonstrating the potential that lies within the current lineup with their self-produced and self-released “Süddenly” output in 2013, it was time for the next step. The predominantly positive feedback motivated the band to raise the bar even higher with the subsequent release. Especially the production should be improved.

Suddenly after “Süddenly” the band started writing new, and polishing existing material for the upcoming album. The recordings, which again were managed by the band autonomously, started in mid-2014. However, the recordings didn’t go as smoothly as the last time. Due to time constraints, it took over a year to record all of the tracks. This was bad for one thing, as this was getting on everybody’s nerves, but on the other hand it was also positive in the sense that there was room for creativity. The recording process was also interrupted by the shooting of the new “Clandestine” music video, which will be officially released in early 2016.

After the prolonged recordings, the mixing and mastering went pleasantly smooth. Working with professional mixing and mastering studios in the US was absolutely the right decision for the band. Jeffro Lackscheide and Steve Nagasaki did a great job and by the end of 2016 Stormreaper was finally born and ready to conquer the world.

The lack of a record deal let the band take a new approach to the financing of the album production. Spontaneously, Tendonitis started a crowdfunding project on 100-days.net which financed the undertaking quickly. Many thanks to all supporters. You are the best!

Lyrics by Bernhard Dietrich (except tracks 7, 8 and 9 by Robert Dünner)
Music by Iivo Tähkänen (except track 5 by Johannes von Rotz)