Electrifying, energizing and thrilling. Guitar riffs that make your heavy metal heart pound. For years the Zurich based band, Tendonitis, has delighted the international heavy metal scene with their own compositions and multiple studio albums. This five man force of nature rips through venues and takes their audience to a different world. Rocking out is an inevitability with this amazing combination of roaring guitars, smashing drums and a strong lead voice that cuts through the air like a knife. With their energy and experience bring, they to inspire any spectator, why wouldn’t you buy a ticket? 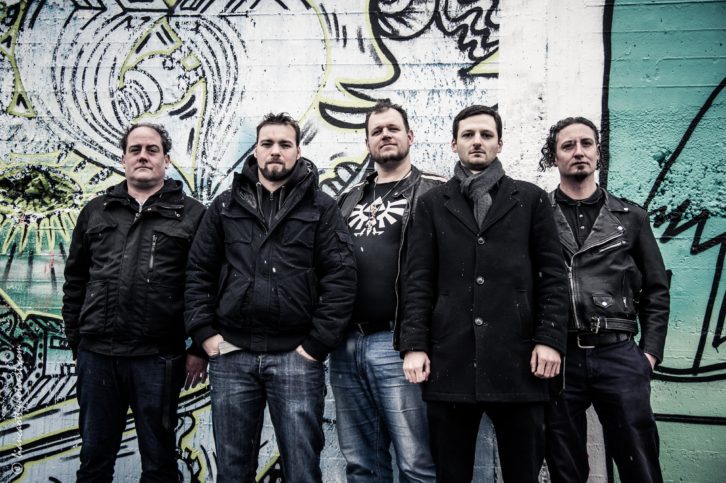 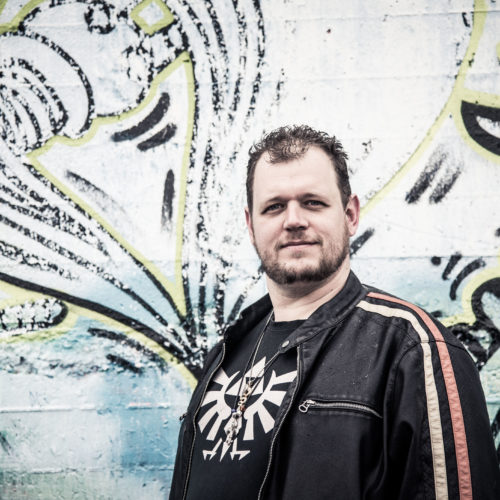 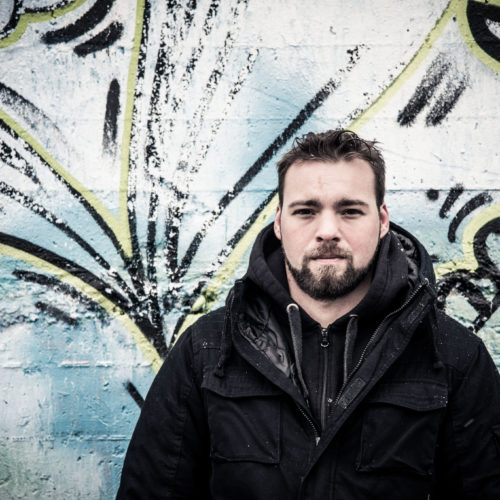 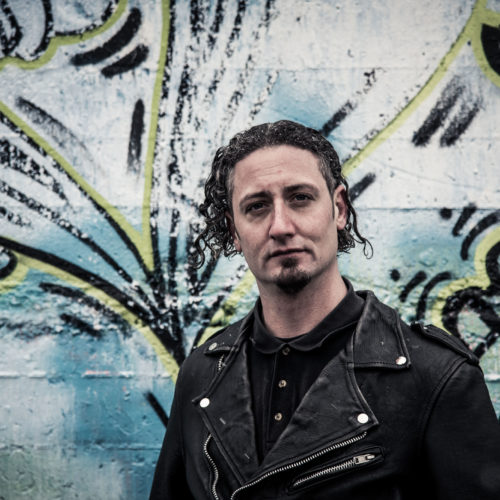 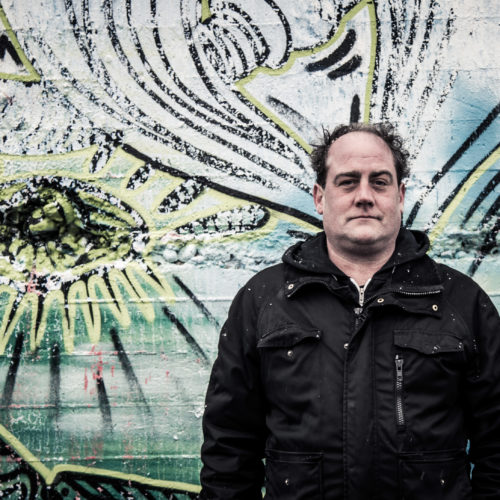 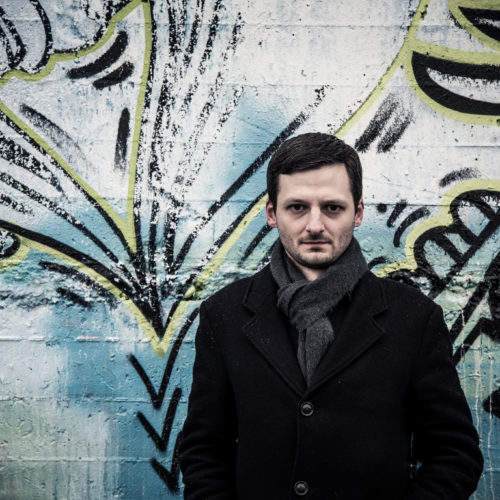 2003: Tendonitis was founded during a cold night back in 2003. It was a classical saturday evening event in Zürich with booze, trash talk and pretty bad sound. In these surroundings Iivo and Michi, knowing each other from highschool, had the idea of forming a rock band. Fortunately, this idea survived the next day’s hangover. So they hired another guy called Andi from their grade for the project some days after.

2004: In the first year of the band’s existence almost nothing happened. Since none of the three band members ever played an instrument before, it took some time to get the money to buy instruments and to acquire the most basic musical skills as well as a rehearsal lair.

2005: Things became more concrete as they wrote some songs and tried to record them. After the first euphoria one came to realize that things are not that easy and that there lies a long journey ahead of them. Finally the band released a first demo called Darkening Minds as part of a school project by the end of the year. The demo was mostly ignored by the public. Nevertheless the band continued playing, even though Michi left the band due to time constraints.

2006: In the spare month after finishing highschool, Iivo and Andi decided to record a second demo to keep the band alive. They played and recorded all instruments themselves, which was a good experience for them, but not necessarily good for the quality of the output. Anyway, the demo called Löytötavaratoimisto was again a step foreward for the band.

2007: This year was quite calm. The band members had to do military service and started their studies. So the band didn’t really progress.

2008: Tendonitis would have died probably if an old friend of Andi wouldn’t have asked to stow away his old drumkit in their rehearsal room. But this way, they began to do some jam sessions. They got along well and Jöne became a member of Tendonitis. With new enthusiasm the band members started to write new songs and rehearse regularly. Some months later another old friend of them called Rob joined the band as a vocalist.

2009: With a bunch of new songs they entered the studio in summer to record their third output. The recordings went quite well except for the lead guitars. These sessions had to be rescheduled to the next year.

2010: The remaining lead guitar tracks of the new demo called Sinapis Alba were recorded and mixing/mastering was done. The latest release of Tendonitis still has the rough edges of the old days but clearly shows the energy of the band and the commitment to the very own sound of Tendonitis.
After having collaborated with several temporary guitarists since almost two years the band eventually found a suitable lead guitarist called Döme, which became a full member of Tendonitis. With this lineup the new sound was presented live for the first time. The positive feedback motivated Tendonitis to keep moving and present their sound to a larger audience.
While watching a gig of Kalmah, Tendonitis met the guys from Nuclear Winter, also from Küsnacht. Basically, they were looking for people with equipment to fill their rehearsal room with. Tendonitis was always looking out for an alternative to their current location and they had the equipment, so they decided to give it a whirl.

2011: After a nasty night at New Year’s Eve, the members of Tendonitis moved their stuff to the new rehearsal room. It was some kind of machine room in a little building where the sewage water of Küsnacht flows through (Which is why the room got known as the “Pumpensumpf”). After spending some time in the new rehearsal room, the members of Tendonitis realized that this would be a hell of an opportunity. Afer all, they could be thrown out of the current location any day. So they stayed, began to invest in new equipment and started to prepare themselves for a gig. New songs followed and the idea of a new recording session began to emerge. They started to record their newest songs in collaboration with Jakob von Rotz after investing some money in microphones and other highly needed equipment.

2012: The year was gone before they could finish their new release, and after some really long interruptions the recordings were still going on.
In the meantime, the band has moved into another rehearsal room because the location in Küsnacht was no longer an option. After spending months to find a decent facility, they finally got lucky in Zürich Affoltern.

2013: Allthough they knew long before that Rob was sooner or later to be gone, desperation spreaded as his departure date neared rapidly and no one was in sight to pick up the slack. They sacrificed a fantastic gig in Germany and the overall circumstances weren’t exactly advantageous. But the skies brightened up as soon as Ben entered the scene. With his incredible voice he blew the minds of the whole Tendonitis crew. Soon they were rehearsing together on a regular basis. The recording of a new demo tape commenced nearly instantanious and was finished after only two months.

2014: The fresh blood was a real blessing for Tendonitis. They used the kick for a fresh start which resulted in an overhaul of the band’s logo, their website, a launch of their Facebook profile, a new demo recording, some pretty awesome merchandise, new song material and a lot of gigs. Between gigs and rehearsals Tendonitis began preparing for recording a new album. With their last output “Süddenly” being received mostly positive and with a few new songs it was time for a new project. It was yet another pretty intensive year for the guys, to say the least.

2015: The recording efforts for the new album were going on until October 2015. Tendonitis began to raise the money for a professional CD production on a crowdfunding platform. The rest of the year was dedicated to the mixing and mastering of the tracks, as well as designing a beautiful cover design and CD booklet. In the spare time that was left they went to play at various locations.

2016: On January 16th 2016 the beast was released! Stormreaper was born! The first professionally produced album of the band hit the floor. This event was celebrated with a big release party in Tendonitis’ hometown Zürich. The new album was played in its entirety in front of a great crowd. Bella Ott, who already sang on the recording, did a great guest appearance on stage.
In the following months the band promoted the album with live gigs and a radio interview. The CD was also well-received by national and international critics.
During fall the band started working on new material already…

2017: A difficult year for Tendonitis. After a great gig in April at the Hall of Fame in Wetzikon (which was filmed and recorded), the band parted ways with longtime guitarist Döme. As if this wasn’t enough, the drummer Jöne decided to leave Tendonitis. The remaining members thus organized auditions to fill these gaps as soon as possible. Luckily, they could present the two brothers Jan and Martin Kozel as new members by the end of the year. The band believes that with this fresh input, they will return even stronger in 2018.

2018: The band needed some time to onboard the new members and define the new direction Tendonitis will go in the future. We rehearsed a lot and revised the band’s repertoire to be ready for upcoming gigs. Unfortunately we lost our rehearsal room in spring and thus needed to stow away the gear temporarily and search for a new home which was a hassle. The year went by without a live appearance.

2019: We were happy to play an international comeback gig in Vienna at the end of May. This was followed by shows at the Musikfestwochen Winterthur and in our hometown. In fall Tendonitis recorded a three track demo with Oliver Corrodi at Mantra Studio. Due to the Covid-19 pandemia the release was however postponed to summer 2020. In the meantime we also found a new rehearsal room that allowed proper rehearsals.

2020: Well, Covid-19 hit the continent with full force and basically shut down the cultural sector completely. For us this meant limited rehearsals and very little possibilities for live gigs. However, we could entertain the world with our brand-new Demo 2020 which was also presented in a Radio Interview. And due to the awesome effort of the Hall of Fame we could even play a sold out show together with the local heroes of Infinitas.