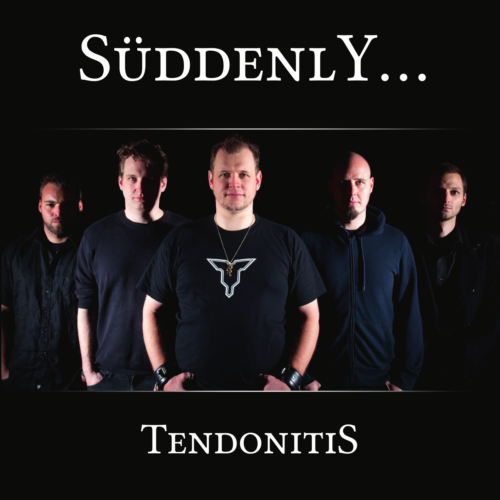 For a long time they were looking for a singer, and as unexpectedly as Ben has popped into the scene, as different the band sounds with him at the mic.

Not least because of that, “Süddenly” is an appropriate title for this demo album. Also, the album has emerged in a rather short amount of time. In only two months all the recording sessions were completed, the processing of the recorded material took about two weeks in total.

It is also noteworthy that this is the first release since Löytötavaratoimisto which has been produced autonomously by Tendonitis.

Although it might not sound as mighty as commercial productions (We do not support the Loudness War), we hope we did it right. But since it hasn’t been long since the last time, we are confident that it sounds nice enough, at least for the average ear. And if not, just enjoy the new possibilities Tendonitis has taken – and has yet to take – advantage of: With a richer, more defined, more sophisticated, yet not overproduced sound, five sets of giant balls and a newly discovered clannishness.